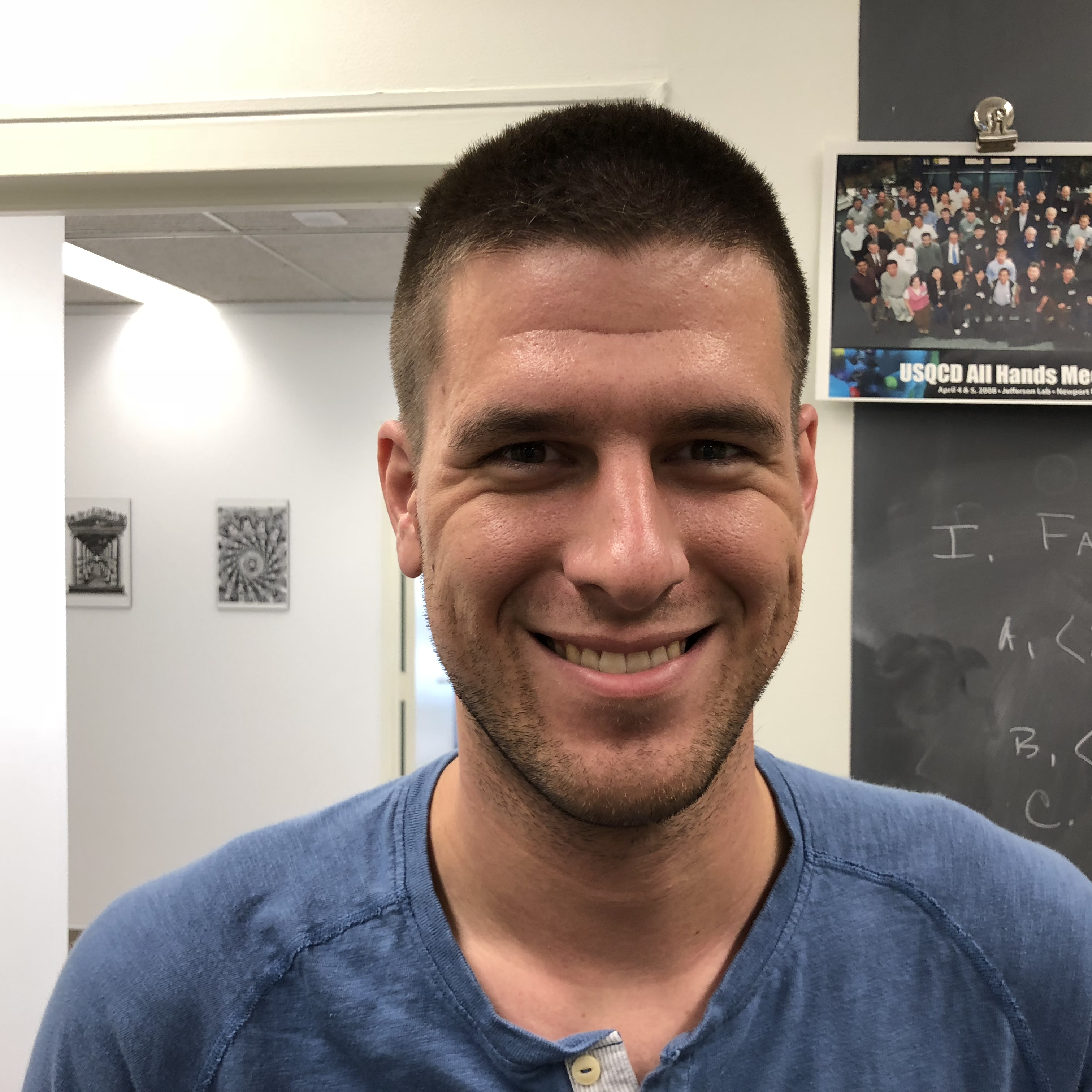 A complete, up-to-date list of my publications is available on my INSPIREHEP page or can be found in the PDF version of my CV. Below are a few recent publications with some background information about the studies involved.

The vast majority of the time when neutrino physicists study neutrino oscillations, they make one key assumption, that the matrix that determines how neutrinos mix is unitary. This matrix is 3x3 and has complex entries, and unitarity places a constraints on the values that enter the matrix (the unitary 3x3 matrix is usually described as the PMNS matrix of neutrino oscillations). 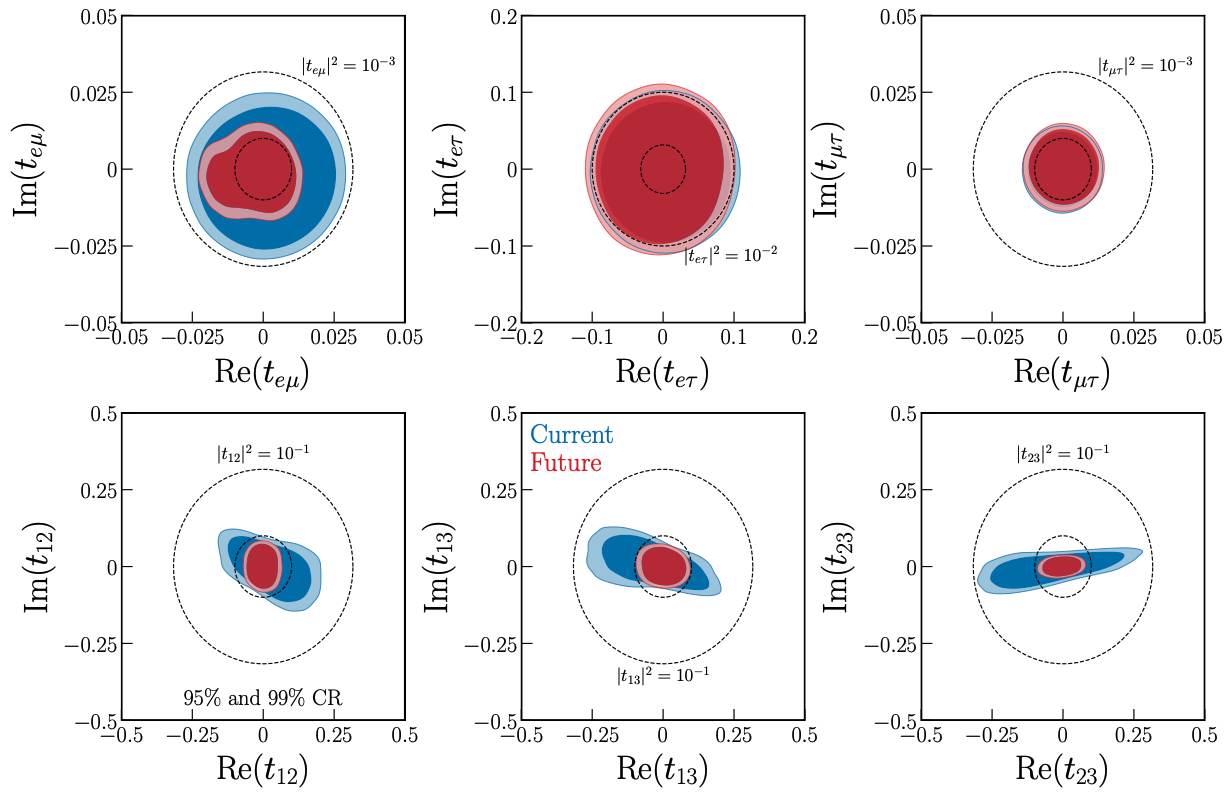 Recently, I teamed up with Sebastian Ellis and Shirley Li to ask the question “how well do we currently know that this mixing matrix is unitary?” along with “what will future data from the planned, upcoming neutrino experiments add to this picture?” The results of asking these questions are contained in this paper. We found that current unitarity constraints are at the level of 30% and that next-generation experiments (IceCube, DUNE, T2HK, and JUNO) will be able to improve these to the 10% level. If their combination finds any deviations from unitarity, it is a hint that our three-neutrino-mixing picture is incomplete and new physics is required!

Over the last decade or so, excitement has built over whether dark matter in the universe can be explained by sterile neutrinos, which are like the Standard Model neutrinos, but interact even rarer. Hints of such “keV-scale” dark matter have been thoroughly debated. If sterile neutrinos of this type are responsible for being dark matter, we need some explanation of how they got to be in such abundances today.

In a recent paper, some colleagues of mine proposed such a mechanism – the idea being that a new particle, a “neutrinophilic scalar boson” exists and allows there to be relatively strong self-interactions among neutrinos. This includes both the Standard Model neutrinos and the sterile neutrino that we hope can be the dark matter. More recently, I worked with Manibrata Sen, Walter Tangarife, and Yue Zhang (three of the authors of the previous study) to expand upon this idea in a new paper. We explored different types of neutrinophilic mediators, specifically vector bosons, that can be responsible for such sterile neutrino dark matter mechanisms. What we find to be very exciting is that these new mediators can be searched for in a wide variety of experimental contexts, including Higgs boson decays, electron colliders, and neutrino detectors. If a new signal is found in one (or more) of these contexts, we could learn a ton about our universe, neutrinos, and dark matter.

Over the last few decades, we have learned a massive amount about neutrinos, including that at least two of the three have masses (which wasn’t predicted by the Standard Model!). However, these masses are very, very small, and there’s an even sublter mystery. If we name the three neutrino masses “1”, “2”, and “3”, we don’t know the order (lightest to heaviest) of their masses. There are two options, given our definitions of neutrino mixing and current observations: 1 < 2 < 3 (the so-called “Normal Ordering”) and 3 < 1 < 2 (the “Inverted Ordering”). A great explainer of these orderings is available from Fermilab here.

One way to determine this mass ordering is to search for a type of neutrino oscillations called electron-neutrino appearance. This is when a muon-neutrino is produced and, after a long distance of travelling, can be detected as an electron-type neutrino. By comparing this oscillation to the oscillation of muon-antineutrinos converting into electron-antineutrinos, we can start to determine which ordering is correct. Before the summer of 2020, it was believed (at pretty high confidence) from then-current data that the mass ordering is Normal. However, some new data were released at the Neutrino 2020 conference that turned this determination on its head. The NOvA and T2K collaborations, with their new data, each seem to think that the mass ordering is Normal (at low significance), but, when you combine their two measurements, the Inverted Ordering comes out as preferred! 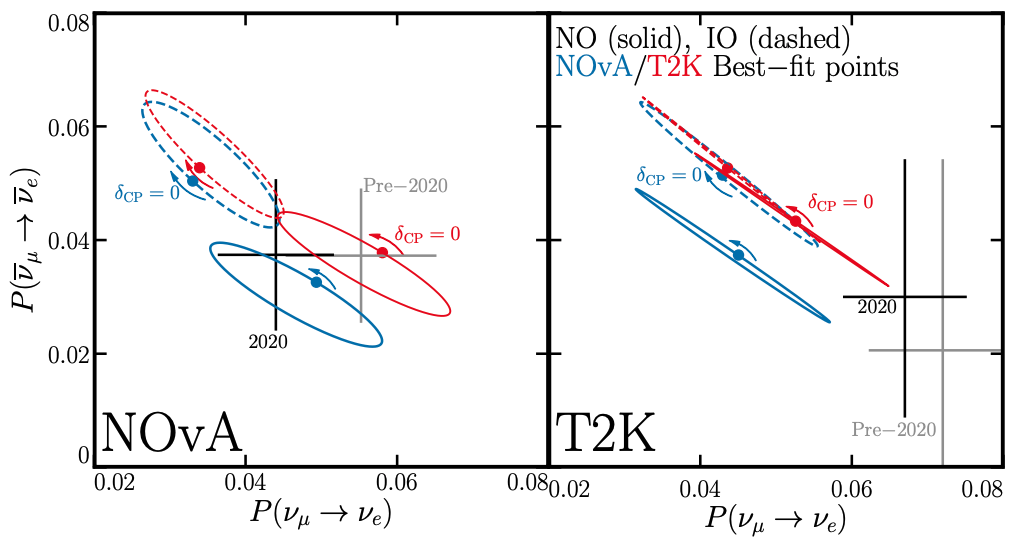 We dug into this in a paper that came out shortly after the Neutrino 2020 conference, available here. Whether the neutrino mass ordering is Normal or Inverted has huge ramifications for other fields. As one example, cosmological studies are sensitive to the sum of the neutrino masses, which has a lower limit that is testable if the ordering is Inverted. A similar effect is present in searches for a rare (or possibly impossible) process called neutrinoless double beta decay. Determining this ordering is of critical importance, however, it appears we will need to wait for more data before we are sure whether it is Normal or Inverted.